Bill on his friend Wayne Fetty

Earlier this week, Bill posted to Facebook (using his son Will’s account) to reflect on his former teacher and dear friend, Wayne Fetty.  Wayne recently passed away after his battle with cancer. The following is that post: 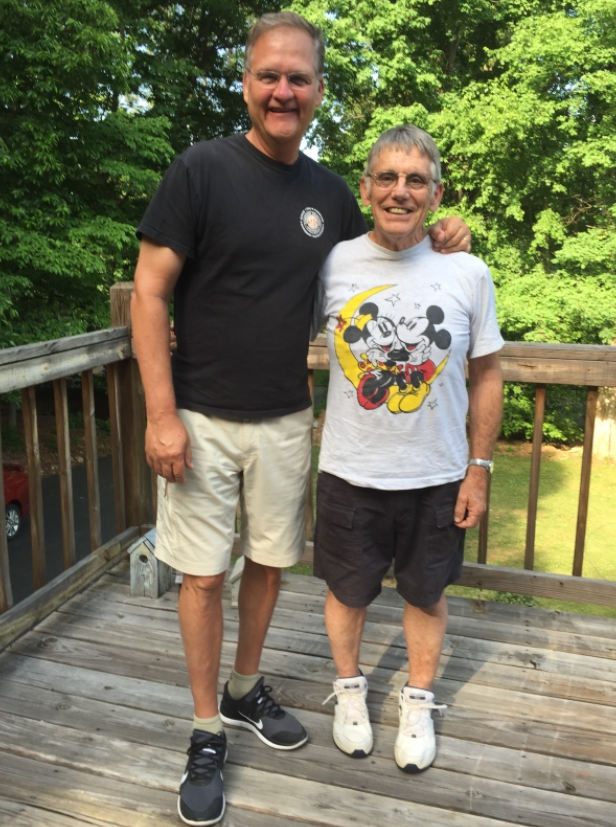 Coach Fetty (Wayne) moved 3 houses up from my family on Johnson Street in New Martinsville when I was about 10 years old. He was a PE teacher at my high school when I was in junior high and he took an interest in me from the start. My most vivid memory is getting spanked with that board with holes in it he called a “paddle”, for fighting with one of my best friends, Ben Yolo. Mainly he took me hunting and fishing. I wouldn't have thought of him as the most religious guy I knew at that time.

Our families both attended Steelton United Methodist church and they sponsored a "Lay Witness Mission". I was about 14 and Mom made me go. I was on the front row when Wayne came to the front and knelt on the bench and gave his life to Christ. I'll never forget it.

From that time on he shared the good news about Christ dying for my sins with me. He especially liked someone known as the "Chaplin of Bourbon Street" because the guy preached the gospel to sinners in New Orleans (that was Wayne's passion.) In 1977 I responded and immediately snuck out of my house (which is what I did about every night) and went up to his house and knocked on the door (it was very late). I told him, "I saw the light.” He looked at me like I was drunk...and said "Great! I'll pick you up for church at 8 am.” (Or some early time like that.) I went home but couldn't sleep, so I went back up and knocked again...he told me to come on in and we spent hours reading the Bible. My parents were up when I got home...I just told them I saw the light and was at coach Fetty's reading the Bible...I'm sure they understood.

I was supposed to go to church with my girlfriend - she was beautiful - but called and told her I was going with coach Fetty...she said she was coming with us.  Cheri came to Christ that morning.

My grades at school were horrible, and since I was approaching my senior year it would have been impossible to go to college. But Wayne taught me that Daniel (in the Old Testament) was found to be 10 times smarter than all the magicians in Babylon...and he expected me to make straight A's...which I pretty much did and got into college the next year. I quit the b-ball team — almost the unpardonable sin back then — so that I could spend more time with Wayne (aside from the fact that I wasn't very good in b-ball...). I wanted to know God through His Word and that meant hanging out with a guy 13 years older than me and totally weird in the world's eyes. Wayne had a cross...painted on his garage...he answered the phone "Praise the Lord! Fetty's..." He was perfect.

I married that girlfriend in 1980 after observing the wonderful relationship that Wayne had with his wife, Nancy. He was the best man in my wedding.

In 1983 I went into the ministry and in 1990 started Cornerstone Church of Knoxville. I've been a pastor here since then. Love my wife of almost 38 years...4 kids...6 grandchildren. I have a wonderful life. I can't imagine where I'd be without Wayne Fetty. I thank God for the gift he has been to us.

I'm crying as I type. But Wayne isn't crying. He's laughing and singing and rejoicing and if he saw me crying he'd get that board down and whip me again for my unbelief.

The most appropriate verse to remember Wayne by was on his "business" card way back in the day: Mark 1:17, "Jesus said to them, "Follow me, and I will make you become fishers of men."

Exhortation from Last Sunday: Eager to Maintain the Unity