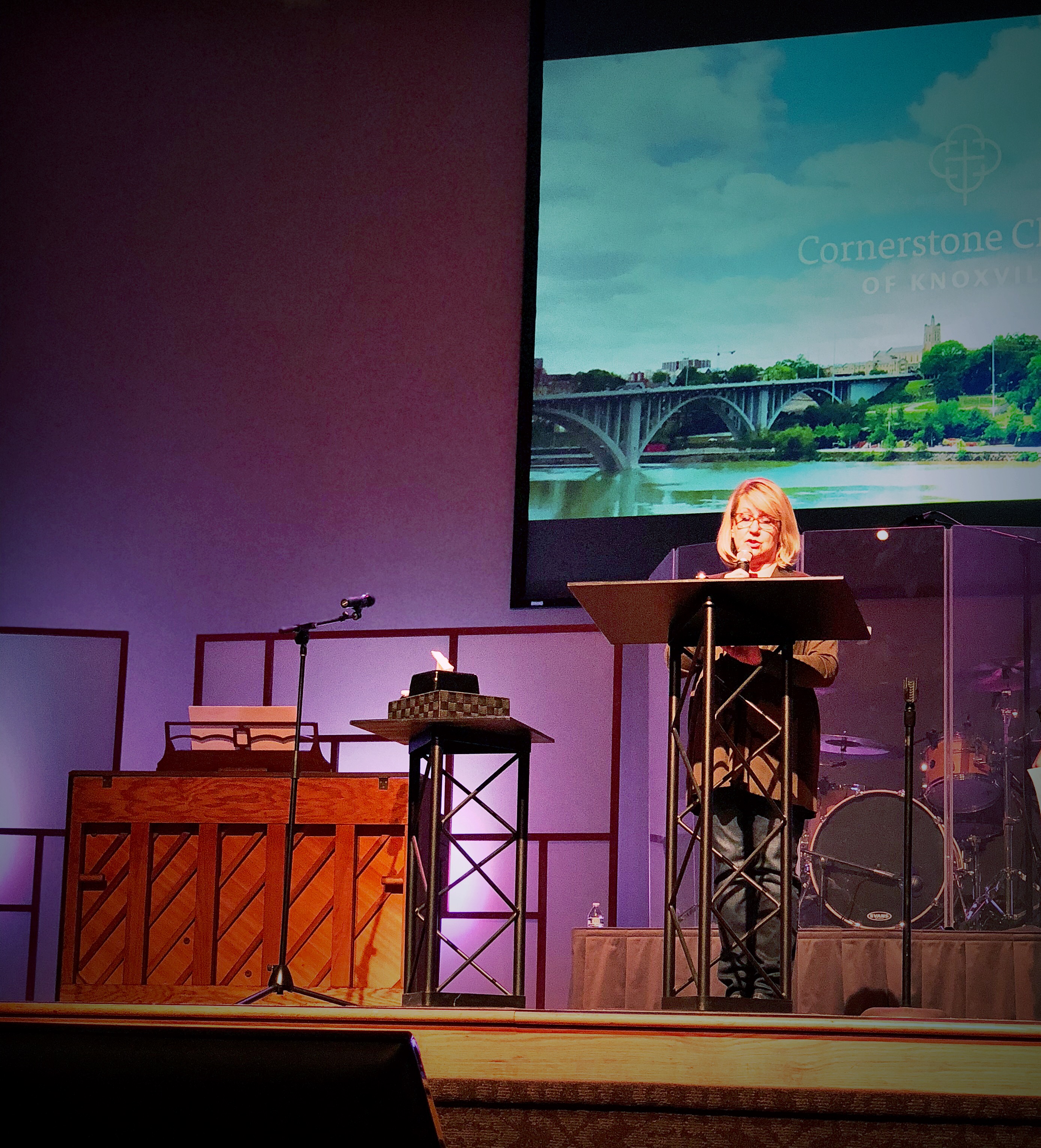 My story began on a small farm in South Knoxville with a very good childhood. I was the quiet child in the middle, between two older brother’s and a younger sister. As a family, we were not very involved in the church but at 12 years old during, vacation bible school, I accepted Christ.  I was married at 21 and had two boys, Corey and Todd; four years apart.  Looking back, those years raising the boys flew by.  I loved being a mom and enjoyed raising my boys.  Similar to my childhood, we attended church off and on, but never really had a church home.

Fast forward to 2013: after many years of struggling, my marriage of 40 years came to an end.  It was a very hard time in my life, but there was much more to come.  The next summer my precious grandson, Jaxson, was suddenly diagnosed with a rare disease called Hurlers Syndrome.  Weeks in the hospital turned into many hard months.  The transplant caused complications that affected his lungs.  The doctors couldn’t reverse the damage.  After we lost Jax, I went back to work after a couple of months, but became deeply depressed and couldn’t function.  I can remember a conversation with Todd.  I told him that I was mad at God for taking Jaxson and his response was, “Mom, go to the Lord and tell Him. He can take it.”  I was also blessed to have godly friends like Margie Priestley and Diem Trump who encouraged me to get biblical counseling.  This wise counsel helped me grieve in a godly way.  I realized I needed to both forgive and seek forgiveness from several people in my life.  This was the breakthrough.  I found freedom and peace that comes with confessing and repenting from sin.  This reconciliation process helped heal those relationships.

I visited Cornerstone many times since 2004 with Todd and Anna.  When I visited, I always loved the music, the way the church is like one body when worshiping through song, and I was fed through the gospel-centered teaching.  When Corey and Julia moved back to Knoxville and decided to join Cornerstone, I began to really think about joining as well.  Being a member of a local church is something that has been missing throughout most of my life.  God in His mercy has brought me here today with a wonderful church family, care group, and loved one’s.  I am now involved through children’s ministry and helping the church body grow and serve each other.  I have learned that it is important to be a part of the body of Christ as a committed member not just as a visitor.

I Peter 4:10 says, As each one has received a gift, use it in serving one another as good stewards of the manifold grace of God.

I’m excited to serve in this church body and to see where God takes me, so that God may be glorified in everything.