It’s move-in day. There’s excitement with a tinge of uncertainty. You’re on your own. By this time, your mom would have a meal cooked for you. Now, you search for food like a bear awakening from hibernation. As you walk around campus you see a table with a banner that reads: “VFC.” You’re a little unsure of what that is, but the students behind it look friendly enough. Plus, they have free burgers. You approach them and they tell you all about what they are doing. You get a free burger, but more importantly they get to know you. You’ve likely just talked to a Volunteers for Christ intern — and your life could be changed forever.

This story is fictional, but not completely out of the ordinary. The interns behind Cornerstone Church of Knoxville's college ministry, Volunteers for Christ (VFC) are on the frontline of our evangelism efforts on the University of Tennessee’s campus. These incredible men and women surrender their lives for a year or two to serve hundreds of students. I interviewed outgoing interns Khloe Williams, and husband and wife duo Ben and Madison Curtis on their experience. 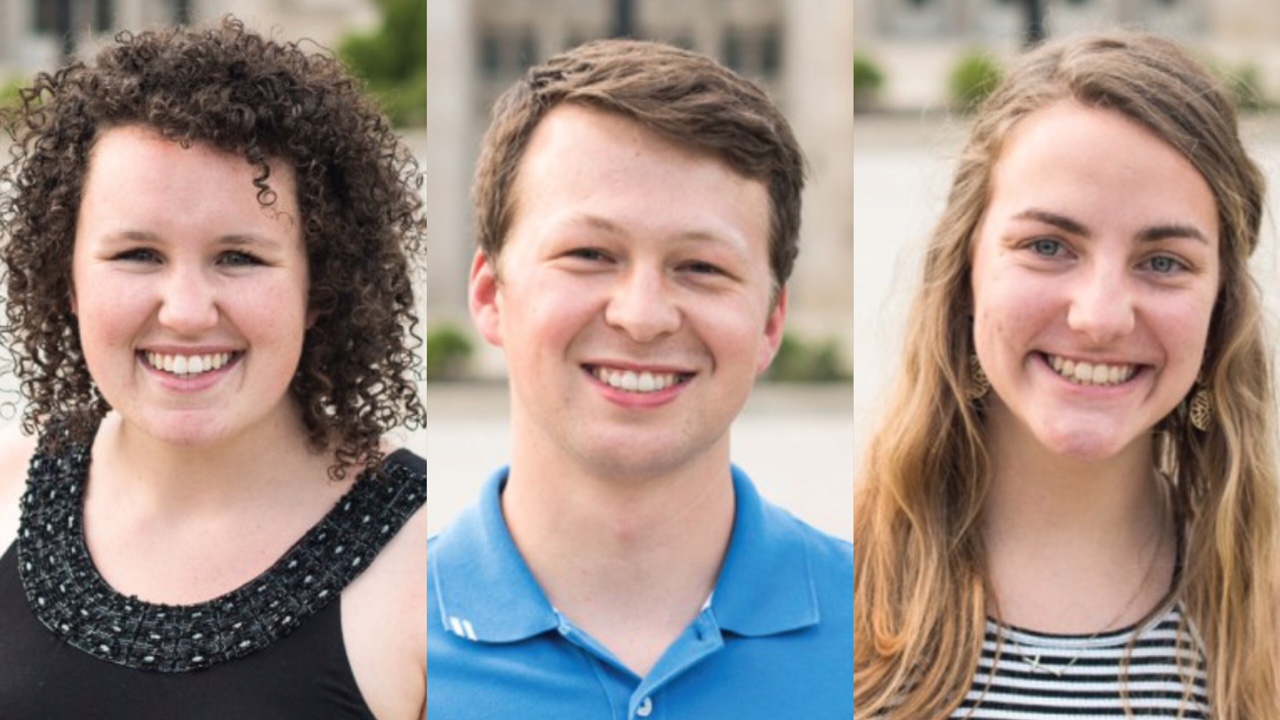 A common thread led to their decisions to become interns: past interns. Each year, the faithful ground work laid by past interns encourages and makes way for future interns. “We (Madison and I) are fruit of previous interns pouring into us a lot. I saw the effect a godly intern could have on young students,” Ben said. Khloe’s experience was similar, “I benefited greatly from those older relationships, and investing in other girls/giving back was my initial draw to the internship.”

Not every VFC student goes to Cornerstone, but it is the ultimate goal of VFC to see lives saved and believers, who may be far from home, engaged in a local church. “The most rewarding moments have been when students become members of the local church,” Khloe said. The goal of the interns is to not only see lives transformed by the gospel, but also that students may, as Khloe says, “throw themselves into the local church where they’ll enjoy true community for the rest of their lives.” 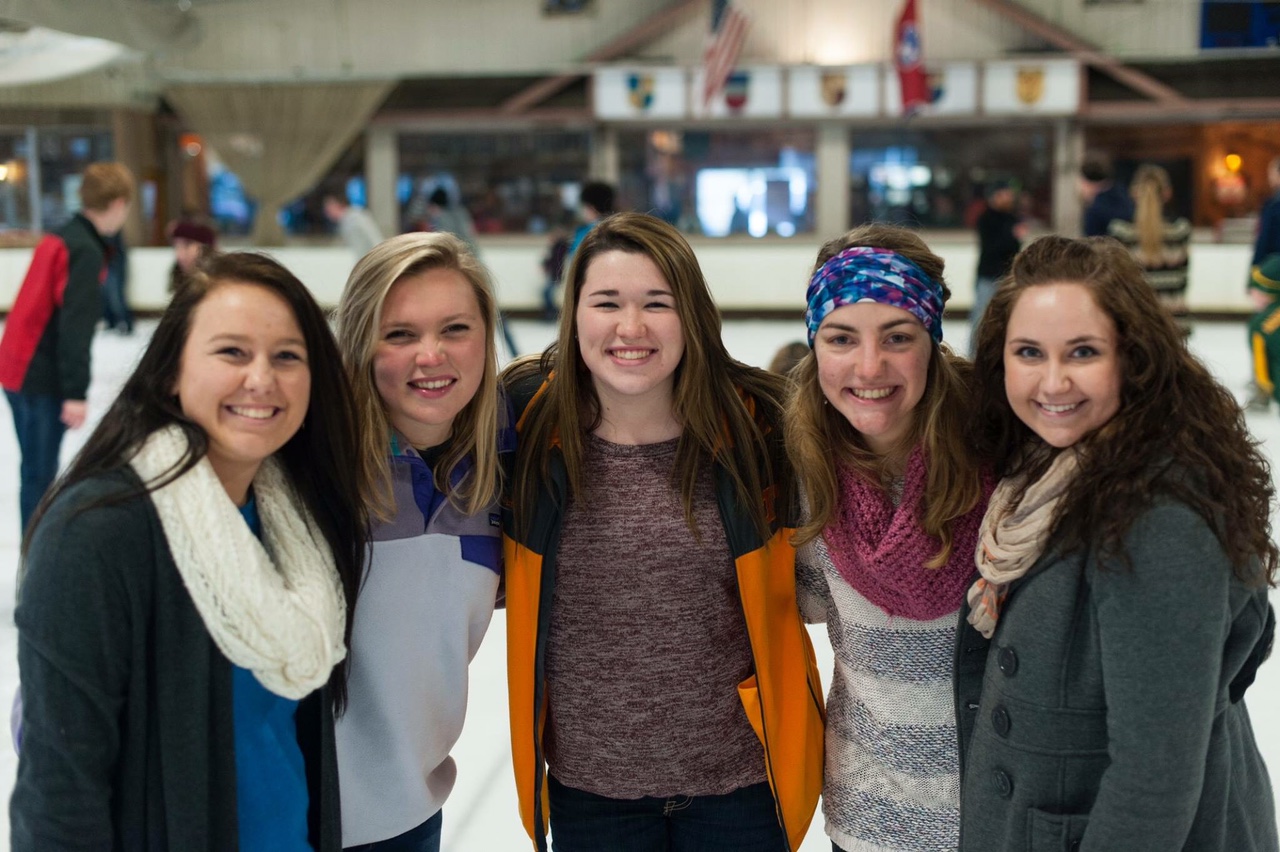 "Investing in other girls...was my initial draw to the internship," Khloe said.

Each Intern has a specific job while evangelizing on campus and keeping the main goal of seeing the gospel spread in mind. Khloe, for example, was in charge of all design, decor, and media. Ben led a Bible study in a dorm, worked on financial reports and did one on one evangelism. Madison helped plan events, managed the hospitality team and helped Ben with the dorm Bible study.

If you get the chance to speak with former interns, they will tell you of the amazing things that happened on campus. They will tell you of how the Lord moved and how lives were saved. They do admit that there are challenges. Ben says, “I think the toughest thing was investing a lot emotionally in people who you never see fruit in. You love them so much and desire for them to know the Lord but they do not come to know Him.” Khloe says that investing time in your own soul is key to success. “Invest time tending to your own soul,” she said. “Spending time tending to your own soul is key to joy and joyful, persistent ministry.”

The challenges, the emotions, and the financial burden placed on interns are very real. However, it is when they see the fruit of their labors that makes it all worth it. The stories’ they shared were deep, personal and reflections of a God who still saves. VFC gives witness that God still takes our ordinary efforts and turns them into extraordinary miracles. Because of these stories personal nature, I decided to leave out some of the details. Madison remembers meeting one student over the course of a year. They would meet together and read God’s word. “Somewhere over the course of the year her heart began to soften,” Madison recalls. “The next year I continued to meet with her to read from the gospels and Acts and I saw a stark contrast. She started hating her sin. She began to cherish God's word.” 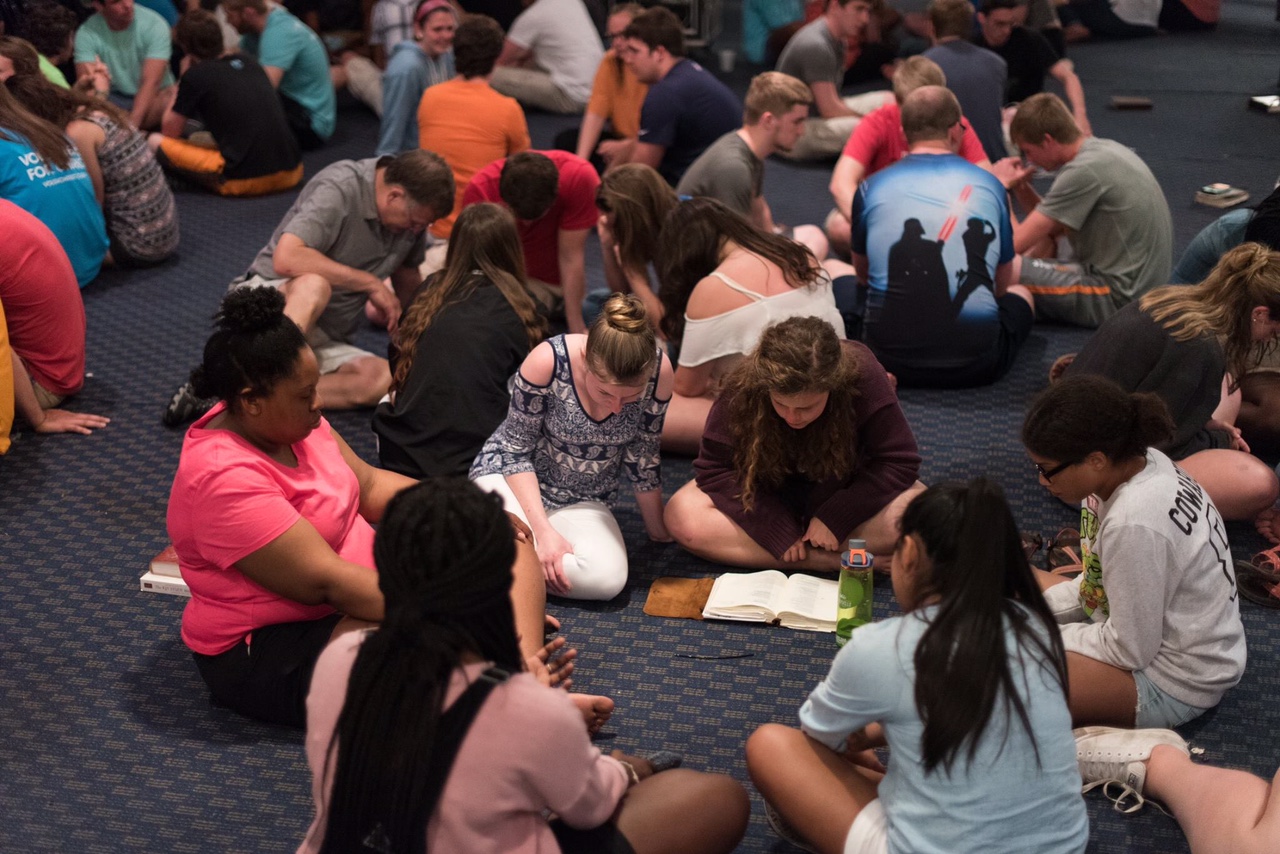 Students study and pray together at Vision Quest, VFC's yearly retreat to Florida.
Interns are heavily involved in the planning and execution of the retreat.

Even though their times as interns are short, Ben has seen God act quickly “[I’m] surprised to see how much spiritual growth can happen in people's lives in a year or two. I saw this both with students and myself.” And although the time is short, the impact of their time is long-lasting. “These students have started to become lifelong friends, and even if they don’t, eternity is on the line and it’s worth every minute,” Khloe said.

Reflecting on their years as interns, they offer parting advice for future interns and college students. Ben’s advice for interns: “For new interns, I would say utilize the gift of the intern team. God has given interns other interns! To help and encourage and challenge and show empathy when things are difficult.“ Madison adds for college students, “I would say soak up every minute of VFC life. Every Thursday night message, every small group Bible study, every Sunday morning, every conference, every Friday Community Group, every random study time with new friends.”

Of course for Ben, Madison and Khloe, their “post-VFC lives" are just beginning. Ben will be going back to school to get his CPA, Madison has started a job utilizing her logistics background and Khloe has aspirations to be a freelance graphics designer.

Sometimes it is all fun and games.  The VFC interns starred in a "Carol of the Interns" video for Vision quest.

As for final words, they all stress the gift that is VFC and the importance of Cornerstone’s support of this ministry. Khloe says, “The internship is worth it. It’s been a huge commitment, a sacrifice in many ways, but the Lord has used it so specifically in my life to show me my sin and His sustaining grace, to give me a burden to share the gospel in whatever season I am, and by grace He's given me the opportunity to be a part of His work in other’s lives.”

Thanks to all of the interns who sacrificed so much to serve the UT campus. The fruits of your labors sit in our seats every Sunday morning. God has rewarded your faithfulness and called many back into righteousness. Thanks to all of those who support this ministry. Your support goes a long way in reaching the city for the glory of God.

Weekly Devotion: Jesus is My Friend