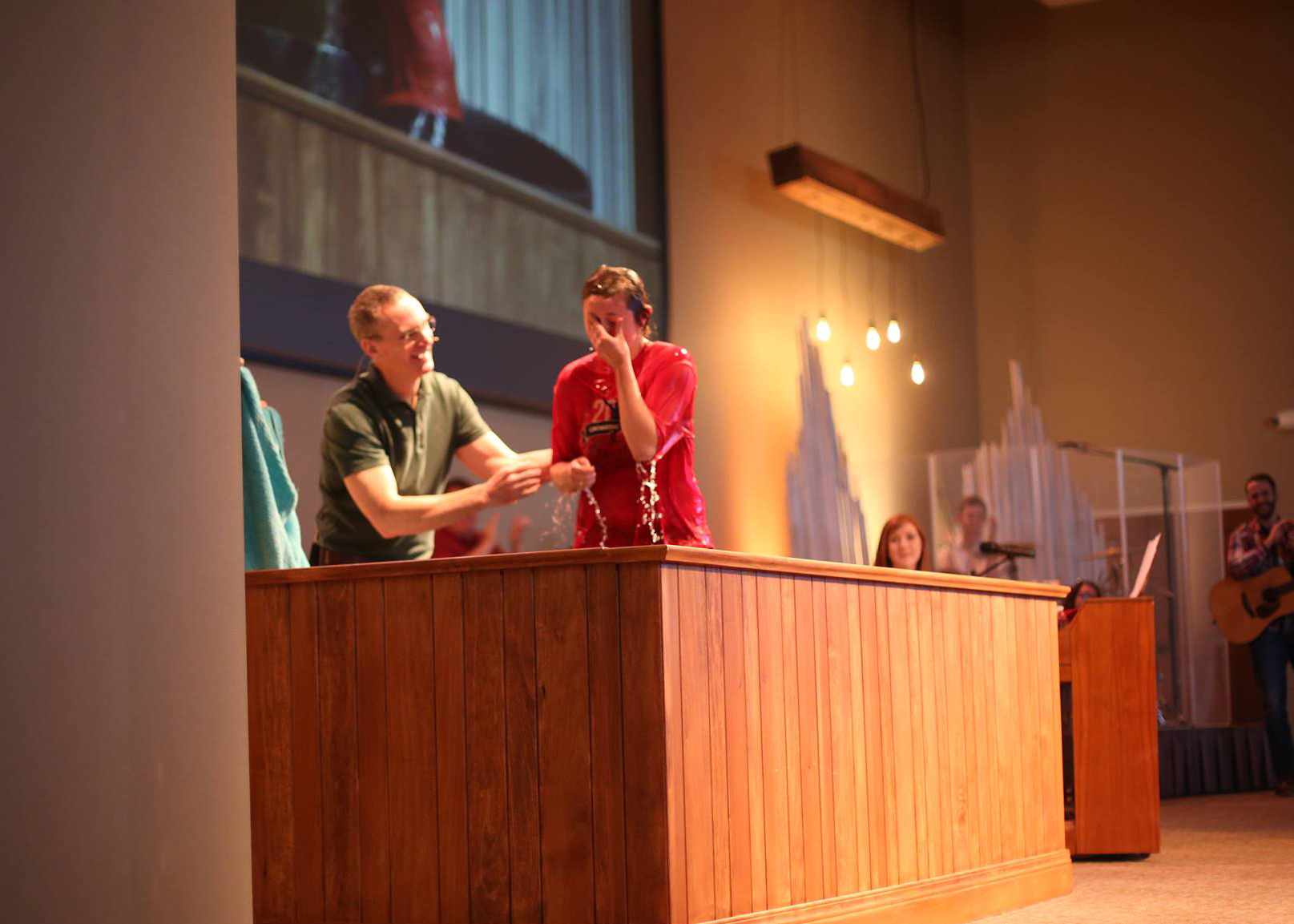 I’m getting baptized today because of God’s great kindness.

Walt shared an awesome article with me about how baptism isn’t really a symbol of something I’ve chosen, but it’s a display of what God has done for me. I’ve been a Christian since I was 10 or 11, and God was constantly doing his work in me. This summer though, as I transitioned to living in Knoxville, he has been doing something very significant in my life. I had been going through cycles of depression for around three years and at times, had been suicidal. A lot of it developed because I wasn’t willing to deal with the disappointment, loneliness and anxiety I felt. A kind friend suggested at the end of July that I try to deal with these feelings so they wouldn't keep distracting me.

So, in August during a long car ride, I started praying to God about why I was so upset and why I wanted to just go home to heaven. And once I started praying and crying, I couldn’t stop. I became burdened and overwhelmed with emotion. But, as I continued to pray to God about my pains, I was finally able to give them up to him. I had once heard a pastor talk about how many Christians don't experience the "joy of their salvation." As I prayed to God and as he dealt with my pains, I began to experience this joy.

The weight of what Jesus had done was finally hitting me. My many disappointments faded when I realized the great joy of a God who would die on a cross to pay for all my sins because I could never pay for them. I would never be good enough to make up for how I wronged a perfect God, but he was good enough to die and rise again for me. And he did this so I could be with him forever. He did this to restore my relationship with him because I never could.

So, though I was baptized as an infant and became a Christian when I was 10 or 11, I want to rejoice in my salvation and publicly profess my faith in what Jesus has done through being baptized.

Devotion: Keep Calm and Carry On